The development team of Musix GNU+Linux is proud to present version 3.0 Release Candidate 2. We didn’t found serious bugs, so we corrected the known ones and we think this is a great release. If nothing weird happens in the span of about two weeks, this will be the Musix 3.0 stable that we were all waiting for. Then we will make some improvements for Musix 3.1 (MusixControl running graphically) but there should be minor differences. 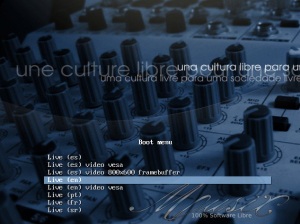 The installable Live DVD RC2 was released to get reports from users but it’s 99.9% a final stable release. We installed some video editors like kdenlive 0.9.6, avidemux and cinelerra, added french and serbian language support, openoffice, solved some minor KDE desktop bugs… Musix 3.0 will boot by default in LXDE, but you can choose the tailored KDE and IceWM desktops or the original fluxbox and openbox; os-probe was installed to detect other systems during HD installation. The Kernel 3.4.14-gnu-RT23 is 100% free as well as all software in Musix and operates in real time for audio and music production.

* Musix.org.ar site is only an archive of past versions, our new site is www.musixdistro.wordpress.com

* If you are new to music/audio on GNU+Linux, we recommend opening any of the .starter demos in the folder /home/user/demos/starters/ (right click from the file browser, Open With -> musixstarter)

* For newbies, we do recommend UNetbootin to create a Live USB, but if you want to install from USB to HD, please see «Installation» below.

The recommended method is burning a DVD and install from there. If you dont have a DVD device and only can boot from USB pendrive you need to:

2) copy the ISO image to the USB memory:

…usually /dev/sdb [warning, this will erase all your files on that device]

(to flush  kernel filesystem buffers) and

4) just reboot from the USB pendrive and choose install.

Or refer to Debian installation for USB.

Musix 3.0 Stable will be isohybrid by default.

There were some annoying bugs that didnt prevent use Musix at its true potential, these were: KDE warning about the loss of avant-window-navigator, the demos do not work from the LXDE menu because musixstarter not find the file «~ /. jackdrc «, KDE doesnt launch a network manager (nm-applet) at the start by default but is installed on the system, sudo does not work for graphic apps into Xorg (xhost +local:root), and some icons such as audacious2.desktop are ‘broken’; os-probe was needed to detect other Operating Systems during HD install: all these bugs were easily corrected for the RC2 version.

(you can also boot in english, portuguese, french or serbian) 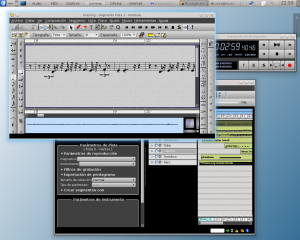 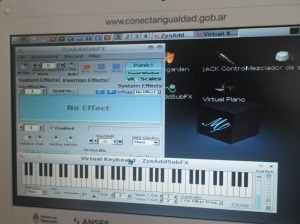 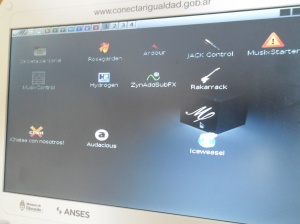 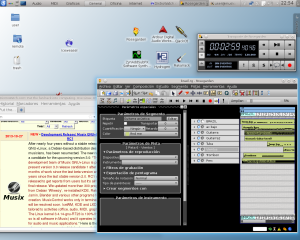 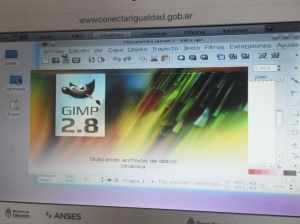 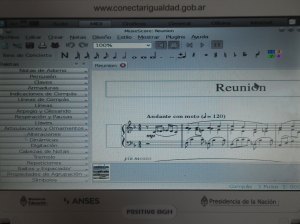 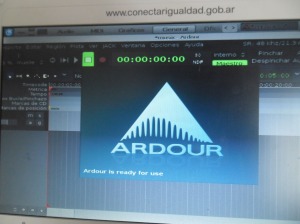